World Hosting Days will be in Las Vegas next week. Having been to some hosting industry events before, I can only imagine the professionalism that will occur at the bars, nightclubs, and casinos of Sin City. It’s the latter sin that I’d like to focus on for this blog entry. Most readers will not be aware that I was once an avid poker player. So as the hosting industry descends upon the gambling capital of North America, I offer some advice to folks who may be hitting the poker tables for the first time. Of course the advice I offer is equally relevant for the marketing of tech companies; otherwise Hartland wouldn’t allow me to spend time at work writing gambling blogs.

A continuation bet is essentially a follow-up bet. The typical situation where it’s deployed is when you raise pre-flop and one or two players call. Then on the flop, your opponents check, and you bet regardless of whether you’ve hit your hand. Usually your bet should be about ¾ the size of the pot. Doing this puts your opponents in a tough spot. They have poor odds, while you’ve shown 100% strength and a willingness to increase the stakes. They won’t continue with the hand unless they think you’ve been bluffing too often, they are a terrible player, or they have a very good hand. You’ll find you take down a lot of pots just by continuation betting on the flop. And the times when you do hit your hand on the flop, you’ll be more likely to get action from your opponents, because they won’t know whether your continuation bet is legit or not.

Playing a tight-aggressive style has a number of key benefits:

In marketing, being tight-aggressive is good advice in regard to target market selection and budget allocation. Generally speaking, you’re better off being selective in defining a smaller target market and trying to penetrate it further, rather than reaching a broader target market with less penetration. For instance, if you were looking into advertising on podcasts, you wouldn’t want to spend your whole budget to sponsor a single episode of a mainstream show, nor would you want to sponsor single episodes of a variety of smaller shows. Instead, you’d be better off sponsoring many episodes of the same show. It’s better to be remembered by a small audience than forgotten by a big one.

In poker, if you aren’t aware of the ways you are better than your competition, then opportunities to exploit your competitive advantage won’t be obvious to you. Does a player at your table call too many hands on the river to satisfy his curiosity? You can exploit his lack of discipline by making small bets on the river with good-but-not-great hands you’d normally check. Does a player seem confrontational in the way they bet/raise? If their primary goal is to exercise their ego rather than play winning poker, you can exploit your mental advantage by checking to him more often and letting him get himself get into poor situations. There are countless other examples of when knowing your competitive advantage can lead to opportunities at the poker table.

Recommendation #3: Gather As Much Info about Your Target as Possible

Many novice poker players place too much emphasis on the reading and concealing of tells. While tells do play an important part in the game, they are dwarfed by the importance of an understanding of the mechanics of the game. You should be gathering as much info as possible about the other players at your table, especially those who lack skill, but usually it should be more about how they play than how they express themselves. For instance, how much does your opponent normally bet in relation to the pot size? If he deviates from his normal amount with a smaller bet, is he trying to bluff cheaply or trying to get one more caller with a great hand? You won’t know unless you know what he does normally. So you first need to establish baseline info, then you can look for deviations and draw inferences. There are times when reading tells does come in useful. An example is reading people who shake their leg/foot. Some people shake their leg all the time because they’re naturally anxious or energetic; when these people stop shaking their leg, you better watch out because they probably have a good hand and are now consciously trying to regulate their emotions. Some people rarely shake their leg; when these people start shaking their leg, you better watch out too because they’re probably now excited about the prospects of winning a big pot. If you don’t have a baseline about whether the person shakes their leg normally or not, you won’t be able to gain the inference when their behavior changes.

In marketing, it almost goes without saying that knowing your target market is essential. There are so many tools to gather data and insights about your customers. You can capture basic demographic info with website analytics.  You can watch recorded sessions of the visitors to your site played back in real time. You can buy the names/contact info for all the decision makers in your key account list. You can conduct surveys. Or you can go old-school and talk to your customer directly. The better informed you are about what your target market wants, says, and does, the better you’ll be able to anticipate changes in the marketplace and stay one step ahead of your competition as the leader in your niche.

I hope you found some of this advice in this blog helpful, poker and marketing alike. If there’s just one poker takeaway to leave you with, it’s that you will tend to beat your opponents by playing fewer hands than them and playing more assertively than them in the hands you do play. If you forget the rest of this blog entry and just remember that one thing, you’ll probably be competitive playing low stakes games in Vegas. There’s a lot of drunk tourists in those games…good luck and have fun. 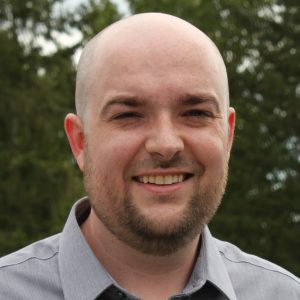 As eBridge’s VP of Digital Marketing, Devin Rose brings marketing expertise and an entrepreneurial knack to the eBridge team. Devin holds a Bachelor of Commerce Degree from Royal Roads University and a Marketing Management Diploma from the British Columbia Institute of Technology.